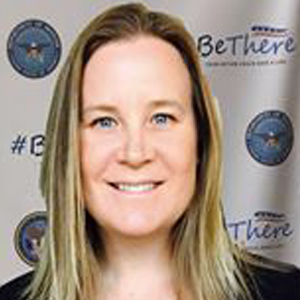 •  Leading Expert on PTSD and Performance Stress
•  Chief Psychologist for Stella Center
•  Author of WARRIOR: How to Support Those Who Protect Usand Co-author of Beyond the Military: A Leader’s Handbook for Warrior Reintegration, and Marriage, for Equals
•  Known for pop-culture and mainstream insights in psychology and interpersonal relationships drawn from two decades of work at the extremes.
•  Military TimesPodcast Co-host
•  Graduate of Harvard University (B.A.) and the University of Florida (Ph.D.)

Dr. Shauna Springer – known as “Doc Springer” in the military community, is one of the nation’s leading experts on PTSD and transitional trauma. Her work has been featured on CNN, VICE, Business Insider, THRIVE Global, US News and World Report, NPR, NBC, CBS Radio, Forbes, Washington Post, and Military Times. She is a regular contributor to Psychology Today.

Over the past decade, Doc Springer has earned a rare form of trust with military leaders and combat warfighters. After serving for 8 years as a frontline psychologist in the Department of Veterans Affairs she transitioned to becoming the Senior Director of Suicide Prevention Initiatives for the Tragedy Assistance Program for Survivors. In her new role as Chief Psychologist of Stella Center, she is working to advance a new model for the treatment of trauma, that fuses biological and psychological interventions. She continues to collaborate with colleagues at TAPS to elevate TAPS field-leading expertise on grief and loss. For example, she is a lead subject matter expert for the NFL Foundation funded PsychArmor series of courses on suicide prevention, intervention, and postvention. Dr. Springer wrote and narrated 5 courses to support this critical initiative – on barriers to treatment, TAPS postvention model, grief and trauma, grief in the veteran population, and post-traumatic growth after loss.

Dr. Springer’s reputation for walking with warfighters in the trenches of mental warfare is widely recognized. What Dr. Springer has learned from helping our nation’s warriors confront and overcome the challenges they face gives her a uniquely valuable perspective on how to lead ourselves – and those around us – through times of trauma, challenge, and unforeseen life disruption.