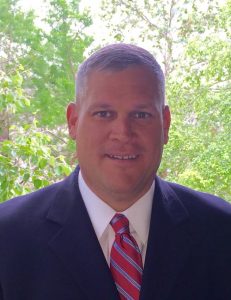 Scott brings a combination of over 22 years of leadership experience ranging across the military and business. He enlisted in the Marine Corps Reserve while at the University of Kentucky and served as a rifleman. Upon graduation, he was commissioned a Second Lieutenant in the Marine Corps and served as an Infantry Officer. After leaving active duty he remained in the Marine Corps Reserve, and currently holds the rank of Lieutenant Colonel. He has held assignments in both command and staff roles, and has deployed to Iraq in support of Operation Iraqi Freedom and Afghanistan in support of Operation Enduring Freedom

From 2011-2014, he was mobilized to active duty with the Marine Corps Community Outreach Section, otherwise known as Marine For Life. In this role he led a team of Marine representatives across the country engaging with business leaders and providing to them subject matter expertise on military skill translation, Veteran recruiting, onboarding and retention strategies. He also collaborated with the Department of Veterans Affairs, Department of Defense, Department of Labor, Small Business Administration and other Federal Government agencies involved in improving the military-to-civilian transition.

In the private sector, Scott has held various management positions in both sales and operations with Waste Management, Allied Waste, Cintas and NCH. He has managed business units with annual revenues over $42million, spearheaded business development efforts for new products and services and led high performing teams of up to 150 employees

Scott received his Masters of Business Administration from California State University, San Marcos, and also serves as Adjunct Faculty for the University of Phoenix in the School of Business.