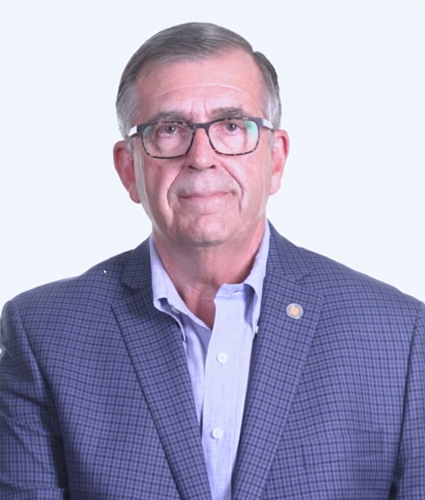 General Peter W. Chiarelli U.S. Army (Retired) is the former Chief Executive Officer of One Mind, an organization that advocates for all affected by brain disease and injury. Chiarelli previously served as the 32nd Vice Chief of Staff in the Army, where he was responsible for the day-to-day operations of the Army and its 1.1 million active and reserve soldiers. Other military positions included commander of the Multi-National Corps-Iraq and Senior Military Assistant to the Secretary of Defense Robert Gates.

In 2013, Chiarelli received the Patriot Award, the Congressional Medal of Honor Society’s highest honor for his work to help soldiers and families suffering from the invisible wounds of war. Chiarelli holds a Bachelor of Science in Political Science from Seattle University, a Master of Public Administration from the Daniel J. Evans School of Public Affairs at the University of Washington, and a Master of Arts in National Security and Strategy from Salve Regina University. He is also a graduate of the College of Naval Command and Staff, and the National War College.