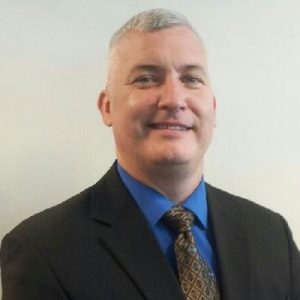 Kim has vast experience in the transition arena. He enlisted in the Marine Corps directly out of high school, serving eight years on active duty and achieving the rank of Sergeant as an Aircraft Maintenance Data Analyst. During this time, Kim served the Gulf War as a CH-53D crew member followed by a deployment on the USS Tarawa. Upon completion of his active duty commitment Kim had his first experience with the transition process.

While continuing to serve in the reserves, Kim began working for Pacific Bell/SBC in Northern California quickly rising to higher levels of management using the leadership skills he learned in while serving on active duty. By the age of 30, Kim had risen to the Director level while working towards obtaining a Bachelor’s Degree. Following the September 11, 2001 terrorist attacks, Kim returned to active duty (serving as a Reservist) with 6th Engineer Support Battalion (ESB) in Portland Oregon where he served as the Battalion Fiscal Chief and Company Gunnery Sergeant. Following three years of service with 6th ESB, he continued to serve in an active duty capacity as a recruiter in the Portland, Oregon area for six years. During this time he rose to the rank of Master Sergeant. Upon completion of this assignment, he returned to serving in a “traditional” reserve capacity with 6th ESB transitioning for a second time into the civilian work force.

Shortly after his second transition, Kim was again mobilized to active duty to serve as the Wounded Warrior Regiment Operations Chief in Quantico, Virginia. After working in this billet for two years, fulfilling this mobilization period, Kim again transitioned into the civilian workforce. This is where he found work with Headquarters Marine Corps, Personal and Professional Development Branch, Outreach Section as their Information Management Analyst. Because of his knowledge and experience in transition and his vast Marine Corps experience, Kim was promoted into his current position as the Marine for Life Northeast Regional Coordinator. He also continues to serve in a reserve capacity as the Marine for Life Operations Chief, currently holding the rank of Master Gunnery Sergeant.

Kim received his Bachelor of Science in Business Administration (Management) from Strayer University and is currently obtaining a Master of Arts in Public Relations from Webster University. His personal military awards include Navy and Marine Corps Commendation and Achievement medals and various campaign medals.