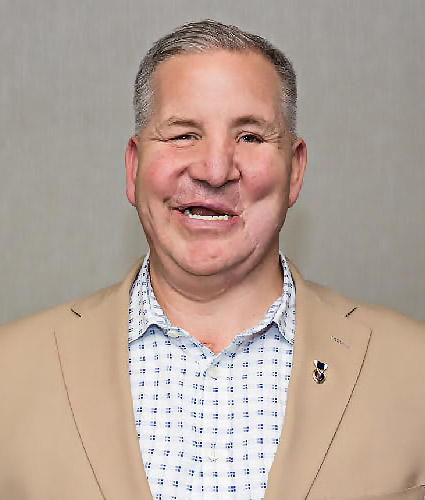 Justin Constantine is a former Marine and attorney and is now an inspirational speaker and leadership consultant.  He advises the corporate community on military issues and sustaining employee peak performance.  He survived a gunshot wound to the head while serving in Iraq.

Justin retired from the Marine Corps with the rank of Lieutenant Colonel.  He now serves on the board of directors of the Wounded Warrior Project, on the Military Advisory Council for First Data, and is also a senior advisor at the U.S. Chamber of Commerce Foundation, where he leads a team focused on employment opportunities for wounded veterans and their caregivers.

Justin speaks at numerous corporate, educational and military events about leadership, the upside of change, teamwork and overcoming adversity. He recently completed his first book, My Battlefield, Your Office: Leadership Lessons From the Front Lines, and he co-founded the Veterans Success Resource Group, a military nonprofit that provides full spectrum resources for veterans and their families to connect with community businesses, veteran service organizations, government agencies and universities.  His writing on military issues has been featured in such outlets as CNN, TIME, the Washington Post, The Atlantic, Fox News, Forbes magazine, USA Today, Stars and Stripes, Men’s Health and the Huffington Post.  Justin is also a co-host of the weekly Internet program, Military Network Radio, covering topics of interest to veterans and military families.

Justin graduated from James Madison University in 1992 with a double major in English and Political Science and a minor in German.  He graduated from the University of Denver School of Law in 1998, and joined the U.S. Marine Corps after his second year of law school.  While on active duty, he served as a Judge Advocate specializing in criminal law, and worked as a defense counsel and criminal prosecutor.

He deployed to Iraq in 2006, serving as a Civil Affairs Team Leader while attached to an infantry battalion. While on a routine combat patrol, Justin was shot in the head by a sniper.  Although the original prognosis was that he had been killed in action, Justin survived thanks to risks taken by his fellow Marines and a courageous Navy Corpsman.  For his service in Iraq, he earned the Purple Heart, Combat Action Ribbon and Navy-Marine Corps Commendation Medal.

After recovering from his injuries, Justin worked at the U.S. Department of Justice and as Counsel for the Senate Veterans’ Affairs Committee. More recently, he worked for several years with the FBI as an attorney on a counterterrorism team. Justin was the Honor Graduate of his class at the Marine Corps Command and Staff College, and in 2011 the Secretary of Defense appointed him to a four-year term on the Task Force for Recovering Warriors. He recently graduated with distinction from Georgetown University with a Master of Laws (LLM) degree focusing on National Security.

In 2012 the Virginia Legislature passed a commending resolution highlighting Justin’s continued support of veterans and other wounded warriors. Justin has been named a Champion of Change by the White House, and also was awarded the prestigious inaugural 2014 Lincoln Award recognizing his outstanding achievement and excellence in providing opportunities and support to our nation’s veterans and military families.