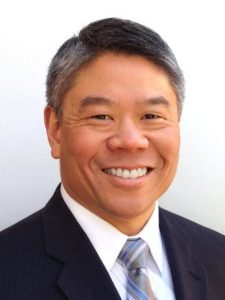 As a Managing Director at Citigroup, John currently serves as the Chief Operating Officer for Citi Retail Services’ largest American Express co-brand credit card portfolio, which provides credit card support to over 20 million Citi customers. John’s prior roles at Citi include being the Chief Administrative Officer for the Global Consumer Operations and Technology division and where he oversaw all consumer bank related training for 75,000 employees as well as leading the development of global strategy for the credit issuance, counter-fraud, and payment functions for the United States and more than 40 other countries.

As a retired U.S. Army Colonel, John also serves as the national Co-Head of the Citi Salutes program (www.CitiSalutes.com) which is Citi’s firm-wide initiative that supports U.S. military veterans and military families both internal to the company and in the communities where Citi works and lives. In this role, John provides national leadership for Citi’s several industry-leading veterans effort which includes Citi’s strategic partnerships with: Veterans On Wall Street (VOWS); the Military.com Military Transition mobile app; the Children of Fallen Patriots Foundation; The Mission Continues; Team Rubicon; and the Columbia University Center for Veteran Transition and Integration. Internal to Citi, John is the senior business sponsor for Citi’s 17 Citi Salutes chapters, the Citi Military Officer Leadership Program, and the Atlanta Citi Salutes chapter.

Prior to joining Citi and in his last active tour of duty, John was a senior national security advisor to both President Obama and President Bush. At the White House and as part of the National Security Council (NSC) staff, he was responsible for the development and NSC staff oversight of all U.S. military, political, and economic policy in the countries of Afghanistan and Pakistan for President Obama, and for military operations in Iraq for President Bush. He also served in the Clinton Administration as a White House Fellow in the Office of the United States Trade Representative where his main focus area was with the Administration’s World Trade Organization membership. John’s active duty military career spanned twenty-four years and included more than a decade of overseas assignments in Europe and the Middle East as well as three combat tours in Iraq. His last military operations tour was as the Task Force 2-37 Commander in Friedberg, Germany from 2004-2007 and Tal Afar and Ramadi, Iraq from 2006-2007. John’s other military assignments included Regimental Deputy Commander of the 11th Armored Cavalry Regiment, West Point Political Science Professor, and the 4-70th Armor Scout Platoon Leader during Operation Desert Storm. His military awards and decorations include the Presidential Service Badge, the Valorous Unit Award, the Bronze Star Medal with one oak leaf cluster, and the Combat Action Badge.

John is a 1987 graduate of West Point and has a Master’s Degree from Oxford University where he was a Rhodes Scholar. As a first generation Chinese-American, John was the first Asian-American in West Point’s two hundred year history to be the highest ranked cadet in his class and serve as the United States Military Academy’s First Captain. Following his last combat tour in Iraq, John also served a year as a National Security Fellow at the Harvard Kennedy School. John and his wife Tracy live in Atlanta where John supports the greater Atlanta community through his roles as: a guest lecturer at Georgia Gwinnett College; Leadership Atlanta alumnus; Warrior Alliance board member; Four Block instructor; and founding advisory council member of VETLANTA. In addition to being the recent and long-time board chair for The Mission Continues, John now serves as an advisory board member of the Schultz Family Foundation, leadership council member of the Bob Woodruff Foundation, and as a venture partner for the Draper Richards Kaplan Foundation.