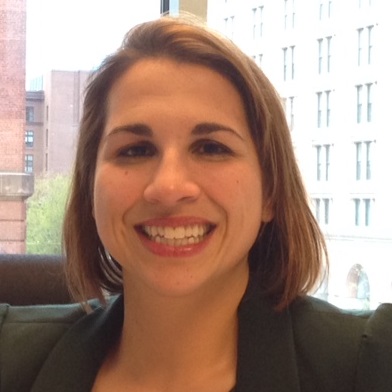 Jackie Maffucci is the Research Director for Iraq and Afghanistan Veterans of America. She holds a Bachelor of Science from Cornell University and a Doctorate of Philosophy in Neuroscience from the University of Texas at Austin. Prior to her position at IAVA, Dr. Maffucci spent nearly four years as a consultant to the Pentagon focusing on behavioral healthy policy for the Army. This includes over two years spent on the Army Suicide Prevention Task Force. Among other responsibilities, she acted as the liaison to the Department of Defense research community working to translate research into policy. Additionally, she was Editor in Chief for the Journal of Washington Academy of Sciences from 2010-2013.

Dr. Maffucci currently serves on the National Center for PTSD Education Advisory Board, the Department of Veterans Affairs Women’s Health CREATE Veterans Council, and the National  Academic Affiliations Council. In her free time, she also works as a professional dog trainer in the community and has recently expanded to volunteer with Pets for Vets to identify companion animals for veterans and Paws4Vets as puppy raiser for service dogs in training.