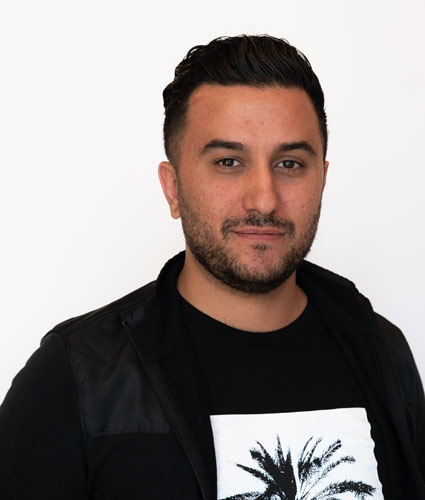 Del Shahab has recently joined the PsychArmor team as their Software Development Director. He is a Sr. Software Engineer and Software Developer, currently living in San Diego, CA. With a Bachelor’s of Science in Computer Science from HAN University of Applied Sciences in the Netherlands, his primary focus and inspiration for his studies are Software Developing. In his free time, he studies human-computer interface and the psychology of human-computer interaction. Del is a talented, driven, and creative programmer who is self-motivated and is constantly experimenting with new technologies and techniques. He applies scientific and analytical thinking, a virtue of his varied skill set and educational background, to provide elegant solutions to complex problems.

Del has been studying web development since 2008 and has developed in both C# and PHP, though he primarily uses C#. He is experienced in both front and back-end development, and is proficient in HTML/HTML5, CSS/CSS3, LESS, SASS, XML, JavaScript, jQuery, AJAX, and SQL/MySQL/PostgreSQL, to name a few. He is also proficient in many non-web-based languages, including but not limited to C++, Java, Scheme/Racket, C, ACL2 (LISP), and MIPS Assembly. Del has also worked on some smaller Python projects and has used the language to create one-time-use tools for data processing and similar purposes.