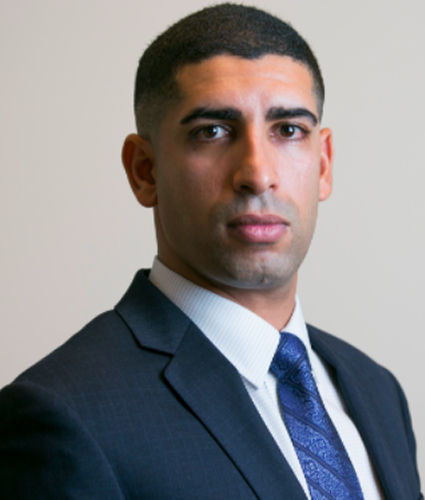 Florent Groberg is a retired U.S. Army captain, advocate for veterans, and Medal of Honor recipient.

Retired U.S. Army Capt. Florent “Flo” Groberg was born in Poissy, France, in 1983. He became a naturalized U.S. citizen in 2001, and graduated from high school in Bethesda, Maryland, the same year.

Groberg attended the University of Maryland, College Park, and competed in varsity track and cross-country. In 2006, he graduated with a bachelor’s degree in criminology and criminal justice.

Groberg entered the Army in July 2008 and attended Officer Candidate School at Fort Benning, Georgia. He received his commission as an infantry officer on December 4, 2008. After completing the Infantry Officer Basic Course, Mechanized Leaders Course, U.S. Army Airborne, and U.S. Army Ranger Schools, he was assigned to the 4th Infantry Division at Fort Carson, Colorado, as a platoon leader.

In November 2009, Groberg deployed to Afghanistan as part of Task Force Lethal, with responsibility for the Pech River Valley in Afghanistan’s Kunar Province. Upon returning home in June 2010, he continued serving as a platoon leader, until he was reassigned as an infantry company executive officer from October 2010 to November 2011. He was then assigned as the brigade personal security detachment commander for the 4th Infantry Brigade Combat Team, 4th Infantry Division. He deployed again to Kunar Province in February 2012, with Task Force Mountain Warrior. He was promoted to captain in July 2012.

As a result of his actions, Groberg sustained the loss of 45 to 50 percent of his left calf muscle with significant nerve damage, a blown eardrum, and a mild traumatic brain injury. Groberg spent his recovery at Walter Reed National Military Medical Center from August 2012 to May 2015. He was medically retired from Company B Warriors, Warrior Transition Battalion, as a captain, July 23, 2015.

Currently, Groberg is director of Veterans Outreach at Boeing and is based in Washington, DC.