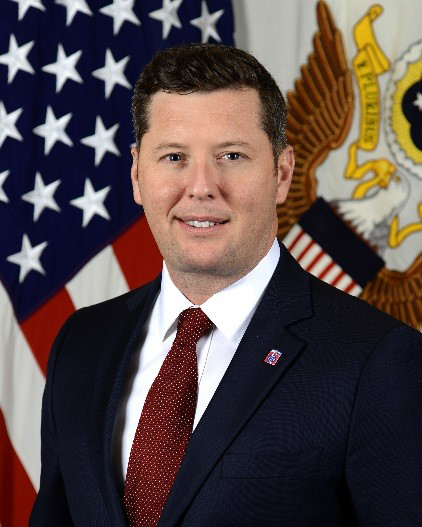 The Honorable Patrick J. Murphy was presidentially appointed and Senate confirmed as the 32nd Under Secretary of the Army in December 2015, and served until January 2017.  He led the management and operation for the Army—the Nation’s second largest employer, with a budget of $148 billion—a Fortune 10-sized organization.  He focused on dynamic and efficient business operations, transforming the Army to be more innovative and responsive. He expanded the Soldier for Life initiative saving $340M annually. Mr. Murphy facilitated unprecedented public-private partnerships generating over $250M in savings, from Major League Baseball constructing a stadium at Fort Bragg, to 20th Century Fox supporting Army recruiting, to Suze Orman providing financial counseling for every Army family.  His aggressive and authentic use of social media to tell the Army story helped lead to an 18% growth across all platforms.

His entrepreneurial background includes co-founding a production company that creates television, digital content, and events. He was a television anchor and contributor to NBC Universal and Executive Producer for MSNBC’s Taking the Hill, a national security policy show which specialized in breaking down the civil-military divide (2011–2015), and the Triumph Games, a wounded warrior athletic competition on CBS Sports (2015–2016). He authored the book Taking the Hill: From Philly to Baghdad to the United States Congress, published by Henry Holt (2008). Previously, Mr. Murphy was a national litigation partner at an AmLaw 100 law firm.

From 2007 to 2011, Mr. Murphy served as the first Iraq War Veteran elected to the U.S. Congress, representing the Eighth Congressional District of Pennsylvania.  His service on the Armed Services, Select Intelligence, and Appropriations committees included responsibility for the $3.4 trillion budget.  He co-authored several Veterans initiatives including the 21st Century GI Bill, the Repeal of Don’t Ask Don’t Tell, and Hire Our Heroes legislation.  Mr. Murphy joined the Army at nineteen, earning his commission as a second lieutenant; he later served in the U.S. Army Judge Advocate General’s Corps as a criminal prosecutor and as an assistant professor in the Department of Law at the U.S. Military Academy at West Point.  He also served as a Special Assistant U.S. Attorney for the Southern District of New York. Following 9/11, he served two overseas deployments – Tuzla, Bosnia (2002) and Baghdad, Iraq (2003–2004).  While serving in Iraq with the 82nd Airborne Division, he led a Brigade Operational Law Team (BOLT) and earned a Bronze Star for his service.

A former collegiate hockey player, Mr. Murphy is a graduate of King’s College Army ROTC Program and the Widener University Commonwealth School of Law.  In addition to teaching at West Point, he has lectured at Harvard, Stanford, University of Chicago, University of Pennsylvania, the U.S. Air Force Academy and his alma maters.