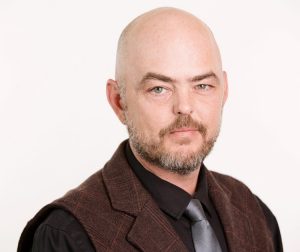 Former Communications Manager – Benjamin began his communication career with the Ohio Army National Guard in 2003 and is a graduate of the Department of Defense’ Defense Information School at Fort Meade, Maryland. He served for 18 months in Iraq in 2004 as a combat photographer/correspondent covering the 1st Cavalry Division and the Arkansas Army National Guard’s 39th Infantry Brigade Combat Team.

Since returning from Iraq, Benjamin worked as a freelance journalist for the Galion, Ohio newspaper, the “Galion Inquirer” before deploying again to the Southwestern Border in support of the “Operation Jumpstart” mission that saw nearly 5,000 Guardsmen augmenting agents of the U.S. Customs and Border Patrol. At the conclusion of “Operation Jumpstart,” Benjamin became the Managing Editor/Publisher of the weekly newspaper, “Pine Bluffs Post,” in Pine Bluffs, Wyoming. He served in that position for nearly three years before deploying again to Joint Task Force Guantanamo Bay as the Senior Enlisted Leader of the Public Affairs Directorate.

Upon returning stateside, Benjamin moved back to southern California and took his most recent position as the Public Information Officer for the City of Oxnard’s Public Works Department. In his years in the communication field, his work has been recognized by the Department of Defense, the National Guard Bureau as well as the Wyoming Press Association. His nearly 20 years of military service are a combination of active duty Marine Corps, active duty Army, and several state’s National Guards.

In addition to his communication skills, Benjamin has served as a volunteer firefighter, is a certified EMT, commercial diver and computer programmer. Benjamin his married to his wife, Kelsey Cossel and together they raise Kerouac, Benjamin’s son from a previous marriage.