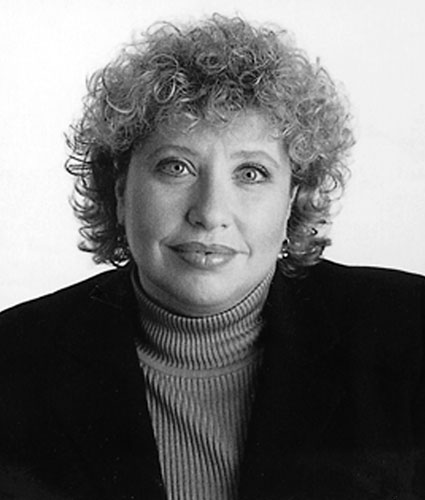 Nicole Gardner is a vice president in IBM’s Global Business Services (GBS) and leader of the Public Services Eminence Academy. She is also a senior advisor and former leader of the U.S Federal Healthcare and Human Services team. In her Fed Health role, Ms. Gardner works with senior leaders from the Department of Health and Human Services, the Centers for Medicare and Medicaid Services, the Department of Veterans Affairs, the Defense Health Agency and military health system, and the Social Security Administration. Ms. Gardner was recently recognized by FedHealth IT magazine as a Federal Health IT100, an honor which recognizes individuals for driving change and advancement in the Federal Health IT market. Ms. Gardner was also IBM’s Global Industry Leader (GIL) for Social Services, Government Healthcare, and Tax for 5 years where she was responsible for c-suite relationships, strategy, thought leadership, solution and business development for Social Security and Healthcare government organizations across the world.

Ms. Gardner is a member of the class of 2012 of the IBM Industry Academy and is a recognized thought leader in Government, with more than 30 years of experience in that sector. She began her career as a civil servant for the U.S. Department of State and the U.S. House of Representatives. She has successfully built worldwide practices in Electronic Data Interchange, business process re-engineering, change management and strategy, eLearning, human capital management and innovation. She has led the U.S. Public Sector Human Capital Management service line. In addition to US government clients, she has served clients in Canada, Australia, New Zealand, Singapore, the United Kingdom, Austria, Germany, Spain, Italy, Turkey, Switzerland, Belgium, the Netherlands, Norway, Denmark, Hong Kong, and Japan. Ms. Gardner is the founder and executive sponsor of IBM’s Public Sector Women’s Networking Group which encourages the professional development of more than 1,500 women in the U.S. and co-founder of IBM’s Veterans Advisory Board, an internal veteran’s advocacy group.

Ms. Gardner is a member of the American Public Human Services Association and a former Board member of the National Center on Family Homelessness, a not-for-profit dedicated to eliminating family homelessness in the US. She has been recognized as an EDI Global Pioneer – 1993 (EDI Forum-The Journal of Electronic Data Interchange) in the field of Electronic Data Interchange for her work in the United Nations Economic Commission of Europe for 14 years and as a founding member of the UN/EDIFACT global community. She is a guest lecturer at the LBJ School of Public Affairs University of Texas, Boston University’s Questrom School of Business and American University’s Kogod School of Business, serving there on the Dean’s executive advisory council on IT for 20 years, and as its chair for 4 years. She is a frequent speaker and has published numerous books and articles on healthcare and social services, e-business, change management, aging, and organizational best practices, most recently in Modern Healthcare, “Using open innovation and cognitive computing to solve healthcare’s vexing problems” (December 2015); as a co-author of IBM points of view published by the IBM Institute for Business Value: “Shifting Gears: Changing methods and mindsets to address long term unemployment” (June 2015) and “Sustainable Employment: Youth, Economic Vitality and why government needs a new approach” (May 2014). She is co-editor of the IBM Center for the Business of Government’s publications titled Human Capital 2004 and Human Capital 2002, a collection of studies on trends in human capital in the public sector. She co-authored the Price Waterhouse EDI Handbook and contributed to PW’s book, Better Change. She also served as a board member for a small private technology business, Brainbench, and was a founding board member of the Data Interchange Standards Association (DISA).