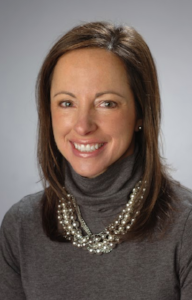 Beth Kubala serves as the Senior Director for Strategy and Performance for the Institute for Veterans and Military Families (IVMF) at Syracuse University.  Her role is to provide program management, leadership, compliance expertise and creative effort to support strategic initiatives within the Community Engagement portfolio.

Before joining the IVMF, Kubala retired from the U.S. Army at the rank of Lieutenant Colonel following 22 years of active service.  She served in numerous staff and leadership positions throughout her military service, with her last assignment as a Military Judge while stationed at Fort Drum, NY.

As an Army lawyer, Kubala initially served as an administrative law attorney, ethics counselor, and prosecutor at Fort Hood, Texas.  Later, while assigned to the Pentagon, she served as a legal advisor to the Army Inspector General, and then as a legal advisor to the Army Staff in the Office of the Judge Advocate General.   From the Pentagon, she performed public affairs duties as the media spokesperson for the Military Commissions trials at Guantanamo Bay, Cuba.   During an overseas tour in Germany, she served as the Executive Officer for the U.S. Army Europe’s legal office.   For her final assignment in the Army, she presided over military courts-martial cases as a Military Judge at Fort Drum, New York.

Kubala is a graduate of the United States Military Academy at West Point (B.S.), the University of Missouri-Kansas City School of Law (J.D.), and the U.S. Army Judge Advocate General’s Legal Center and School (L.L.M.).  She is married to Lieutenant Colonel (Ret.) Mike Kubala and they have three children.