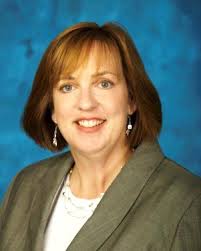 Meg Kabat graduated from the College of the Holy Cross with a Bachelor of Arts in Psychology and from the Catholic University of America, where she earned a Masters in Social Work in 1997.  Throughout her more than 20 years as a Licensed Social Worker, Kabat has worked with many populations including the elderly, those struggling with mental illness, and adopted children.

Kabat began working with America’s Wounded Warriors in 2003.  She has worked in many different roles both for the United States Navy and the Department of Veterans Affairs (VA), ensuring the best care for America’s Veterans.  Kabat began working in VA’s Caregiver Support Program in 2011 and served as the National Director until 2019.  In this role, she served as the principal advisor to senior leaders across VA on caregiving.  She was responsible for national oversight and implementation of the Caregiver Support Program in accordance with Public Law 111-163, Caregivers and Veterans Omnibus Health Services Act of 2010.  She was also responsible for critical and sensitive national policy development and program oversight with an annual budget in excess of $500 million.  She also promoted the role of the family caregiver in multiple committees and work groups, both within and outside of VA. Kabat is now a Senior Director at Atlas Research in Washington, D.C.

In 2015, Kabat received a Special Recognition Award from Disabled American Veterans (DAV) for her work in supporting caregivers of Veterans.

Kabat is the proud daughter and granddaughter of Veterans who served in World War I, World War II, and Vietnam.  She lives outside Washington DC, with her husband and two children and is active with her children’s many activities including school, Scouts, religious education, and sports teams.