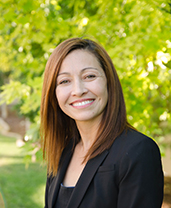 AnnaBelle Bryan is the Director of Operations for the National Center for Veterans Studies at the University of Utah. AnnaBelle served on active duty in the U.S. Air Force for 20 years as a public health technician and executive officer at several military installations worldwide, to include a deployment to Iraq in 2009, where she was responsible for disease monitoring and health surveillance for over 25,000 military personnel and civilian contractors. Since her retirement from active duty service in 2012, AnnaBelle has been conducting research focused on military and veteran suicide prevention, PTSD (combat & MST), moral injury, and performance in these populations. She has written about athletic performance and risk for burnout in Air Force Special Forces. She is the project coordinator of two Department of Defense-funded studies aimed at identifying indicators of emerging suicide risk on social media networks, and currently serves as the Co-Investigator of a DOD-funded study to identify optimal methods for enacting firearm safety procedures to prevent military suicide. A certified peer specialist trainer, AnnaBelle provides training and supervision to veteran peer specialists across the state of Utah and helps service members and veterans struggling with mental health conditions to find and obtain empirically-supported treatment. AnnaBelle holds a degree in public health from the American Military University, and a master’s degree in Exercise & Sports Psychology from The University of Utah.